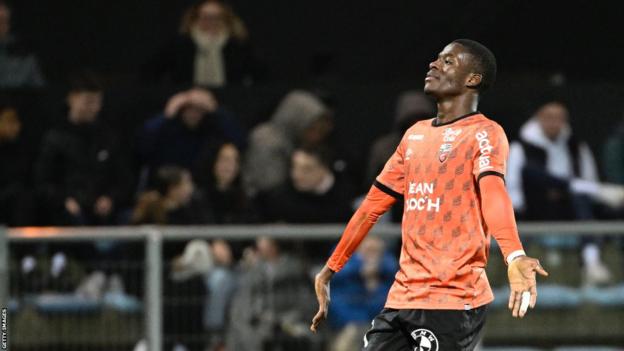 Bournemouth have agreed a deal for Lorient winger Dango Ouattara, with the fee believed to be about £20m.

The 20-year-old has scored six goals and provided six assists in 18 Ligue 1 appearances this season.

New Bournemouth owner Bill Foley is attempting to buy a stake in Lorient, which has been an advantage in reaching agreement for Ouattara.

Foley has pledged to strengthen Gary O'Neil's squad in an attempt to guide them away from relegation trouble.

Bournemouth have taken just three points from their past nine league games and sit a point above the relegation zone, but they have a worse goal difference than all three teams below them.

The Cherries have lost their past four Premier League games and six matches in a row in all competitions since O'Neil was made permanent manager on 27 November.

Ouattara, who has five goals from 11 international caps for Burkina Faso, is likely to become Bournemouth's first signing of the January transfer window.