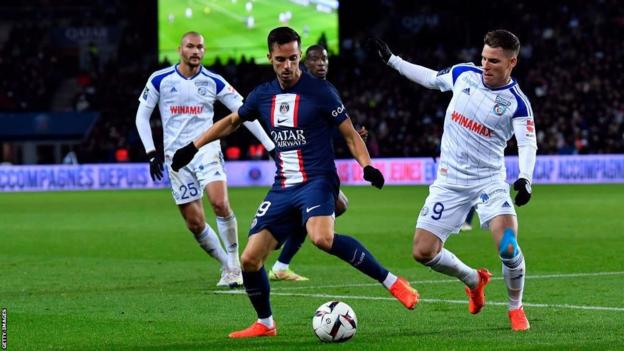 The 30-year-old will have a medical at Wolves on Tuesday and sign a two-and-half-year deal, becoming their third recruit of the transfer window.

He joined PSG from Sevilla in 2019 and has since scored 11 goals in 35 Ligue 1 appearances.

Sarabia, who spent the 2021-22 season on loan at Sporting Lisbon, played once for Spain at last year's World Cup.

Since making his senior international debut in 2019 he has won 26 caps, scoring nine goals.

He is well known to Wolves boss Julen Lopetegui through his time in the national age-group teams, and their paths crossed briefly at Sevilla.

The club completed the signing of Gabon midfielder Mario Lemina from Nice on Friday, while in December they signed Brazil forward Matheus Cunha on an initial loan deal from Atletico Madrid.